As the variety of blockchain protocols expands, so does the desire to transfer assets between chains. To fulfill this demand, this is where blockchain bridges enter the scene.

What Are Blockchain Bridges?

Overall, a blockchain bridge, also known as a crypto bridge or cross-chain bridge, is the medium that connects two blockchains and permits users to transfer crypto between them. For instance, if you have Bitcoin and want to spend it similarly to Ethereum, you may do so through the bridge.

Why Are Crypto Bridges Necessary?

Each blockchain is constrained by the confines of its own domain, notwithstanding its fluidity and relative efficacy as an individual entity. This inability to facilitate collaboration may often result in high transaction costs and congestion.

Blockchain bridges address this issue by allowing token transfers, smart contracts and data sharing, as well as other feedback and instructions between two distinct platforms.

For this pursuit, blockchain bridges facilitate:

How Do Blockchain Bridges Work?

On an abstract level, a bridge may be defined as a system that transmits data between two or more blockchains. In this context, information may relate to assets, contract calls, proofs, or status.

Hence, several stages are required for the transmission of information (assets, contract calls, proofs, state) from the source blockchain to the destination blockchain:

Typically, an actor, either an “oracle”, “validator”, or “relayer”, watches the source chain’s state.

When an actor receives an event, it must transport data from the source chain to the destination chain.

In some systems, the consensus is necessary amongst the actors monitoring the source chain to convey information to the destination chain.

Information transferred to the destination chain must be cryptographically signed, either individually or in conjunction with a threshold signature method.

What Are the Types of Blockchain Bridges?

While all blockchain bridges’ objectives are the same (i.e., to facilitate communication across various blockchains), the mechanisms through which they do this varied. Based on how they operate, bridges may typically be categorized as:

A centralized authority administers these bridges. They are referred to as “trusted bridges” because users must have faith in a third party to utilize the bridge and save their cash. Multichain and chain-specific bridges, such as the Binance > Ethereum bridge, are examples of trusted bridges.

Via smart contracts and algorithms, these bridges eliminate the role of the trusted third party. They are known as trustless bridges because users are not required to trust a central authority to use the bridge. Consequently, the security of their cash always remains in their possession. Connext and Hop are examples of trustless blockchain bridges.

What are the Benefits of Blockchain Bridges?

Let us examine in further detail the unique benefits offered by blockchain bridges.

Each blockchain is developed in a protected environment with its own rules and consensus methods, resulting in restrictions for each blockchain. Hence, there is no direct connectivity between blockchains or token transactions. Conversely, blockchain bridges facilitate the movement of coins and data from one chain to another.

Developers of DApps on the Ethereum network are hindered by poor transaction processing speeds and high gas prices, especially during moments of heavy traffic and congestion. Nevertheless, blockchain bridges allow these currencies to be processed on other blockchains more quickly and at a cheaper cost.

Cross-chain technology adds to market stability by lowering the monopolization of significant corporations. Bitcoin and Ethereum, for instance, are the most popular cryptocurrencies, accounting for over 70% of the market share. Due to this dominance, new enterprises have limited opportunities to test their strategies and establish a footing in the current competition.

Are Blockchain Bridges the Future?

Blockchain bridges are one of the numerous technologies enhancing the blockchain experience and boosting the technology’s pace of adoption. Given the current emphasis on scalability and interoperability, bridges will be an integral component of the future blockchain ecosystem.

We want to make the SaTT decentralized application compatible with most popular EVMs. So bridges will be essential for our users to fully enjoy our DApp. In addition, our SaTT cryptocurrency is already available in ERC20 and BEP20. In order to enable interoperability between the two blockchains, a new bridge where you can swap your SaTT will be implemented soon. This way, you will be able to enjoy the benefits of your favorite blockchain. 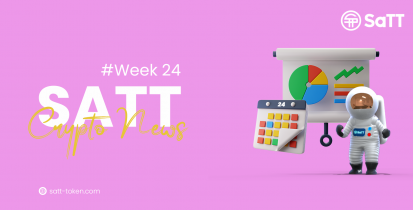 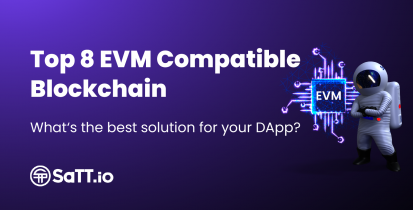