Binance is once again in the spotlight of crypto news. Binance Labs, the crypto exchange’s venture financing and incubator arm has raised a new $500 million fund to support web3 startups. DST Global Partners, Breyer Capital, and undisclosed private equity firms, family offices, and companies are among the fund’s limited partners, according to Binance Labs. Moreover according to trusted sources, this is the company’s first externally raised fund.

Binance Labs was founded in 2018 with the goal of investing in Binance’s own funds. Incidentally, to date, the firm has invested in over 100 startups, including Sky Mavis, the creator of Axie Infinity, StepN, a move-to-earn startup, 1inch, a decentralized exchange aggregator, and CertiK, a blockchain audit firm.

Binance Labs will continue to support entrepreneurs aimed at growing crypto adoption with the new fund. Incubation, early-stage development, and late-stage growth are three stages in which the firm is interested in investing.

Binance Labs also conducts an early-stage startup incubation program, which is presently supporting its fourth batch of 14 startups. However, the firm intends to fund both token and equity rounds for early-stage investments.

Bored Ape Yacht Club (BAYC), a well-known non-fungible token (NFT) project, said on Saturday afternoon that its Discord servers had been hacked, resulting in the theft of 200 ETH ($357,000) worth of NFTs from users.

A project community manager’s Discord account appears to have been hacked, according to screenshots uploaded by a Twitter user with the handle OKHotshot, implying that fraudsters may have carried out a phishing attack.

“We are still investigating, but if you were impacted, email us at discord@yugalabs.io,” the BAYC team wrote on Twitter more than 11 hours following the incident, adding a reminder that the project does not offer surprise mints or giveaways. Yuga Labs’ co-founder Gordon Goner tweeted shortly after: “Discord isn’t working for web3 communities. We need a better platform that puts security first.”

Over the previous year, BAYC has been a hotspot for hackers and snipers. This is as a result of being one of the most expensive NFT collections on the market. The project’s Instagram account was hacked in April, resulting in the theft of 91 NFTs valued at least $2.8 million from users. After that, a bogus update was sent regarding a LAND airdrop where people needed to connect their wallets to claim it.

In addition, owing to an OpenSea UX issues early this year, many Bored Ape owners saw their holdings sniped well below market value.

Since the project’s 153 ETH peak in late April, Bored Ape floor prices have been steadily declining. Not only has the floor price been influenced by shifting market conditions, but so has the number of sales.

Ethereum’s Merge FOMO isn’t priced in, making a spike to $2.6K a possibility

Ethereum (ETH) core developer Tim Beiko stated in a tweet on May 30 that the much-anticipated Ropsten testnet launch of the Merge from proof-of-work to proof-of-stake will take place “around June 8 or thereabouts.”

Despite the surprising encouraging statement, Ether’s price has remained basically steady. On May 30, there was a 10% spike, but the gains were reversed between May 31 and June 2. It’s extremely likely that the Merge, which is set to take place in August, hasn’t yet been priced in, giving traders and investors a head start.

The impending Merge event is one of Ethereum’s most pivotal in its history. It’s unusual to see the world’s second most valuable cryptocurrency still trading below 200-day lows, more than 60% below its all-time high.

The position of the relative strength index and the composite index is maybe the most crucial and relevant data for Ether.

The weekly relative strength index is still bullish, but it is just over the ultimate oversold threshold of 40. Since the week of March 18, 2019, the current figure of 42.15 is the lowest.

Similarly, the composite index is near a record low. Connie Brown created the composite index, which is just the RSI with a momentum indicator. Because it’s an unbounded oscillator, it can detect divergences that the RSI can’t. The weekly composite index value is at its lowest since the week of March 26, 2018, and is the third-lowest in Ethereum’s history.

The high oversold readings on the Ether weekly chart, as well as the increase in outflows and decrease in inflows, may provide Ethereum investors and traders with a compelling reason to be positive in the near future. Any prospective bullish reaction, on the other hand, would most certainly be rapid and sudden and will be restricted to the $2,600 volume point of control in 2022.

MoneyGram International, one of the world’s leading cross-border transfer companies, has teamed up with the Stellar blockchain. Together they aim to develop a stablecoin-based money transfer platform. As a result, users of Stellar wallets in the future will be able to send Circle’s USD Coin (USDC) to recipients. Moreover, those recipients will then be able to cash them out for fiat currency via the MoneyGram network. Thus completing a full cycle from crypto to fiat. This news has created ripples across major crypto news networks installing confidence in the crypto space.

“We’re trying to be a bridge from the crypto world to the fiat world,” MoneyGram CEO Alex Holmes said in an interview.

MoneyGram is also in negotiations with third-party firms in El Salvador to provide digital wallets in addition to the government-backed Chivo wallets. This was launched last year when the country made Bitcoin (BTC) legal tender. As a result, MoneyGram would be able to compete for BTC transfers if it struck an agreement with one of these firms.

“If a country like El Salvador is going to make Bitcoin seamless with US dollars in-country, I think that consumers, through MoneyGram, should be able to transfer Bitcoin to El Salvador or transfer dollars and convert them to Bitcoin,” Holmes told Bloomberg. “If that’s where the world is going, let’s participate in that world, and let’s see how we can help fulfill that opportunity.” 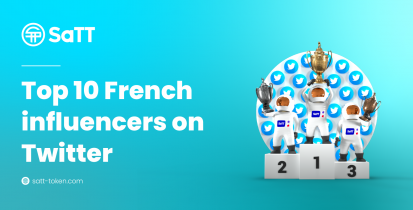 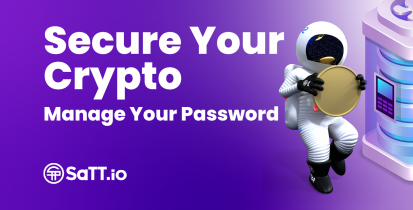