Rari Capital, a DeFi platform steals the spotlight among this week’s crypto news. The company was hacked for over $80 million in crypto assets held in its Fuse lending pools.

According to Smart Contract audit firm BlockSec, the anonymous hacker stole from Rari Capital’s Fuse platform, which allows DeFi developers to construct their own loan marketplaces. According to the security firm, the exploit was made possible via a reentrancy flaw in the protocol’s smart contract.

Fei Protocol, a development company that maintains a decentralized US dollar-pegged stablecoin called Fei USD, was one of those who lost funds in the attack. The Fei Protocol team runs Fuse’s lending markets, where users may deposit cash for an annual yield and borrow in FEI stablecoin.

Fei Protocol revealed the massive hack in a Twitter post, asking the hacker to return the payments in exchange for a $10 million prize.

Binance closes accounts of individuals with links to Russian government

Following last week’s news that the exchange was limiting services in the country, Binance revealed on Thursday that it has closed many accounts affiliated with families of Russian officials since the start of the war with Ukraine.

Since Russia’s invasion of Ukraine in February, both the stepdaughter of Russian Foreign Minister Sergei Lavrov and the daughter of President Vladimir Putin’s spokesman, Dmitry Peskov, have had their accounts restricted, according to Binance’s head of sanctions.

The son of Konstantin Malofeev, a Russian tycoon who was indicted by the US Department of Justice for breaking US sanctions, has also been barred by Binance, as the exchange continues to look for users with ties to sanctioned persons.

According to Bloomberg, the first accounts were banned on March 3, and Malofeev’s son’s account was closed this week after he was added to the US Treasury’s Russia-related designations on April 20.

According to Bloomberg, none of the people affected responded to requests for comment.

Bitcoin’s network congestion is yet again a topic for crypto news fans. The Bitcoin network set a new all-time high network difficulty for the second time this month in April, climbing from 28.587 trillion to 29.794 trillion, reaffirming its status as the most robust blockchain network against attacks.

To successfully mine a Bitcoin (BTC) block, more network difficulty is required, which prevents bad actors from taking over the network and altering transactions, commonly known as double-spending.

Since August 1, 2021, Bitcoin’s network difficulty has been on a nearly year-long upward trend, according to statistics from Blockchain.com. Prior to that, between May and July 2021, the BTC network difficulty dropped approximately 45.5 percent, from 25.046 trillion to 13.673 trillion, prompting worries about the network’s vulnerability at the time.

Further demonstrating Bitcoin’s resilience to 51 percent attacks, the Bitcoin network hash rate reached a new high of 258 EH/s on April 28. By the end of the month, the network hash rate had dropped to around 220 EH/s, with no apparent influence on the BTC network difficulty.

The month of April also saw one of the lowest average transaction fees on the Bitcoin network — the cost of sending BTC — ever. On April 18, the average BTC transaction cost fell below $1.039 for the first time in two years, after peaking at $62.788 in April 2021.

While Bitcoin miners continue to hunt for the final 2 million BTC in circulation, the network is on track to set a new all-time high in terms of overall security and pricing.

The parent company of social networking giant Facebook, Meta will construct a retail store in the San Francisco Peninsula that will sell virtual reality devices.

Meta said on Monday that a retail location in Burlingame, California will open on May 9 to provide interactive demos for the company’s hardware products, which include virtual reality headsets, video communications displays, and smart eyewear. The store, which will be on Meta’s Burlingame site (the company’s offices are in Menlo Park), will include a wall-to-wall curved LED screen that will show what users see when they wear Meta headsets.

In October 2021, Facebook rebranded to Meta, stating that its emphasis was moving beyond social media at the moment and subsequently introducing its Metaverse ambition for linking online social interactions with the physical world. Despite the fact that software companies such as Apple have physical locations throughout the world, Facebook’s 2.9 billion members have not been able to visit one since the business was founded in 2004. 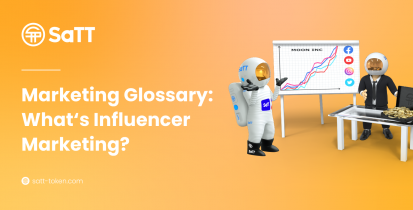 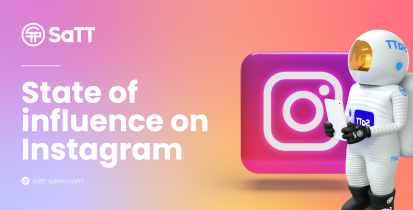