Elon Musk grabs the spotlight in this week’s crypto news as he ventured into one of the biggest social media brands today. Elon Musk disclosed he’d bought a stake in Twitter in pre-market trading on Monday, only days after blasting the social media giant for “failing to adhere to free speech principles.”

“The choice of which algorithm to use (or not) should be open to everyone,” said former Twitter CEO Jack Dorsey at the time.

Musk is also concerned about Twitter’s ability to protect free expression on its platform. On March 26, he inquired as to whether a new platform was required. Musk responded that he was really exploring establishing a new social media platform that would have an open-source algorithm and support free expression when another Twitter user inquired if he was considering it.

The Ronin bridge and Katana Dex have been paused after an exploit for 173,600 Ethereum (ETH) and 25.5 million USD Coin (USDC), worth a combined $612 million at Tuesday’s pricing, according to Axie Infinity’s official Discord and Ronin Network’s official Twitter thread, as well as its Substack website. Its creators stated in a statement that they are “To ensure that all monies are recovered or refunded, we are actively working with law enforcement officials, forensic cryptographers, and our investors. Right now, all of Ronin’s AXS, RON, and SLP [tokens] are safe.”

The attacker utilized compromised private keys to fabricate bogus withdrawals, emptying the cash from the Ronin bridge in just two transactions, according to Ronin developers. More crucially, the attack happened on March 23, but it was only detected on Tuesday because a user allegedly discovered problems after failing to withdraw 5,000 ETH from the Ronin bridge. RON, Ronin’s primary governance token, has dropped over 20% in the last hour to $1.88 at the time of posting.

Sky Mavis’ Ronin chain presently has nine validator nodes, and a deposit or withdrawal event requires at least five signatures to be recognized. Sky Mavis’s four Ronin validators and a third-party validator run by Axie Decentralized Autonomous Organization, or DAO, were among the five private keys obtained by the attacker. It took a long time to obtain unauthorized access to the latter.

Visa has launched its creator program, which was first announced in October and aims to help artists build their companies by using non-fungible tokens (NFTs). The initiative will teach creators about NFTs for a year in cohorts and will include artists, musicians, fashion designers, and filmmakers.

“As creators become more invested in this medium, NFTs can take many forms, and we want to be positioned to assist and impact creators utilizing NFTs as a bridge to new audiences, goods, and services,” Cuy Sheffield, Visa’s head of crypto, told The Block.

But how does Visa benefit from this program? Sheffield said the company wants to learn about the potential and challenges that creators face, as well as the role that NFTs could play in monetizing their work.

“This is just the beginning,” said Sheffield. “We’re continually developing new products and solutions at Visa for our clients, which can include creators and creator platforms.”

Visa first showed interest in NFTs when it purchased CryptoPunk in August of last year. Sheffield stated at the time that Visa intends to play a role in NFT commerce by assisting customers in purchasing NFTs and merchants in accepting payment for NFTs in the same way that they accept payment for traditional commodities in e-commerce.

BTC/USD was circling $46,600 on Saturday, according to TradingView data, after a clear bounce at long-term support. On Friday, the pair had fallen to lows of approximately $44,300. However, this was short-lived, as positive sentiment dominated the Wall Street open.

With the intention to keep freshly flipped support confirmed, Cointelegraph contributor Michal van de Poppe was betting on an attack on $50,000. On the day, he summarized to Twitter followers, “Crucial area held up for Bitcoin, in which continuing upwards seems plausible.”

“#bitcoin RSI bouncing back up. BTC 25% below ATH levels.”

Meanwhile, over the course of March, one on-chain indicator began to generate more strong buy signals for BTC/USD. After more than four weeks, Reserve Risk, which indicates when to invest to ensure “outsized” returns over time, stayed in its target zone this weekend.

Reserve Risk warned that the current price gains were not the end of the tale on longer timeframes, albeit showing signs of trending up. 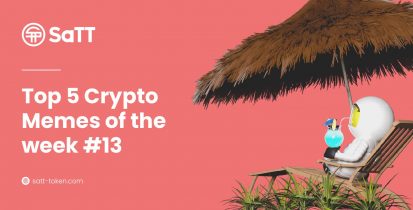 Crypto memes of the week #13 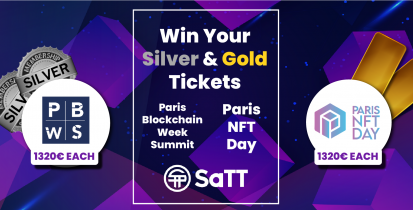