Token Burn or Burning cryptocurrency is the act of removing tokens from circulation, hence reducing the amount of coins in circulation. The tokens are transferred to a wallet address (burn address or eater address) that may only be used to receive the coins and cannot be used for any other transactions. The wallet is no longer connected to the network (with no access key), and the tokens are no longer usable because they can’t be accessed without the private key and are lost forever.

Why do developers burn cryptos?

When the market is overflowing with cryptocurrencies, the price of that coin remains low since demand never exceeds supply. Burning a part of the coin acts as a ‘deflationary’ step in this case. The token’s scarcity increases, causing the remaining tokens in circulation to appreciate in value.

It is not a new concept to remove an asset from circulation in order to adjust its availability and value. Central banks, for example, modify the amount of circulating currency to adjust the purchasing power of that currency. Other practical reasons for burning cryptocurrencies exist.

Stock is bought back by publicly traded corporations to lower the number of shares in circulation. In general, this approach aims to boost the stock’s value while also improving the company’s financial performance. Unfortunately, it may not always operate as planned and can ocasionally have the opposite effect. Shares are also repurchased as a control measure and companies might employ this tactic to avert a hostile takeover.

Tokens are assumed to be burned to achieve similar results. The entities burning the coins intend to make the tokens more valuable and harder to obtain by limiting the amount of coins in circulation, working to control the currency supply and maintain or boost the value of their own holdings.

To accomplish these objectives, some cryptocurrency developers purposefully burn coins.

Proof of burn (PoB) is a consensus algorithm for validating and adding transactions to blockchains. Its purpose is to prevent fraud and ensure that only legitimate transactions are processed.

A blockchain is a public ledger of a cryptocurrency’s transactions and its consensus mechanism determines how transactions are confirmed. Proof of work and proof of stake are the two most prevalent consensus methods; proof of burn is a newer alternative.

Crypto miners must burn their own tokens to acquire the ability to mine fresh blocks of transactions using proof of burn. They can mine more tokens the more tokens they burn. Participants receive prizes in the cryptocurrency they are mining in exchange for their participation. Others allow miners to burn different sorts of cryptocurrency.

Proof of burn has the advantage of being a fast way to validate transactions without the energy requirements of the proof of work paradigm.

The PoB system has included a mechanism that supports the periodic burning of cryptocurrency coins to maintain a balance between early mining adopters and new users to prevent undue disadvantages for early adopters.

Each time a new block is mined, the rate at which coins are created by PoW slows. Instead of mining one coin when mining first begins, miners must burn their early coins and mine new ones, promoting regular activity.

Because increased proof of work mining makes it more difficult to mine new currencies as more are minted, it becomes increasingly difficult for early investors or those with huge mining farms to keep a majority of the coins.

The influence of a token burn on prices

A token burn is always positive for the price in the long run, since the total supply of the crypto decreases over time.

Of course, the project must be solid, long-term, and deliver all the promises made to its investors. Otherwise, even with a token burn, the unit value of a token can trend towards 0 if the company sinks into oblivion.

When tokens are burned with every transaction, the impact on the price is not immediately seen. Indeed, in comparison with the total capitalization of the digital asset, the tokens withdrawn from circulation represent only a drop in the ocean.

However, in the long term, when we add up all the burns one by one, we can notice an impact on the price because the total supply will be much lower than it would have been without burning, which pushes the prices to increase due to supply and demand.

On the other hand, when the crypto project decides to suddenly buy back a large quantity of tokens at the market price or to remove a large part of its supply without this having been planned at the start, then the impact on prices can be immediately significant.

Ideally, you should never resell the tokens of a project before such a burn occurs because the courses will increase in value immediately after this event and it is therefore possible to make a greater profit by waiting a little bit.

Are there many cryptocurrencies that burn their tokens?

Here are a few famous digital currency tokens that have been burned, as well as the events that led up to them:

Currently, there are only a few projects that perform token burns. We can cite Binance, which buys back BNB tokens every 3 months at the market price with 25% of its tokens, or the Request project, which performs a burn each time a user spends tokens to use one of its services.

You also have to be very careful when a blockchain company states that it plans to burn its tokens. Indeed, as this generally has a positive impact on the price, it is a communication strategy used by many scammers to try to obtain as much money as possible during an ICO, for example.

In conclusion, the project may be a scam where no token burning will ever take place.

When a crypto project is viable, offers interesting services to users, and is popular, the fact that it offers token burn is something very important because it will systematically increase the unit price of a token. 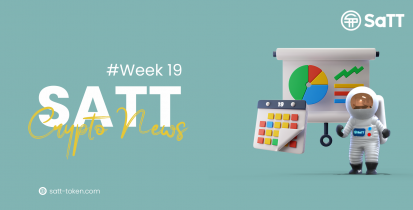 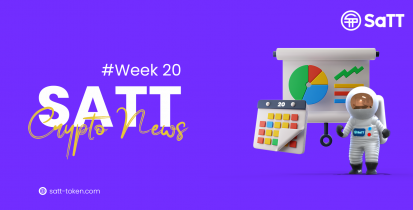