Twitter is a social media we hear a lot about. Since 2006 everyone can sign up and instantly share a message, link, picture or video. Among its users can be found companies and individuals, anonymous users and celebrities. Just like other social media, Twitter has its own panel of features and language codes. For a great majority of its users, Twitter is a source of information and entertainment. How to explain the reasons for its success? Is this platform suitable for Social Influence Marketing? Together let’s go back to the origins of this social media, its specs and have an overview of influence on Twitter.

Social media Twitter was founded in 2006 by four Americans, Biz Stone, Noah Glass, Jack Dorsey and Evan Williams. The platform’s core concept is microblogging, which consists in sending short messages, called tweets, with a maximum of 140 characters then, and 280 now. Twitter aims to be the network of the instant, a service that allows anyone to relate anything in a glimpse, just like a text message. Its logo shows a small blue bird, the word tweet refers to the bird’s chirping.

A few months after its creation, the platform is largely used by the attendees of SXSW Interactive, an American festival dedicated to new technologies. There Twitter even wins a prize in the “blog” category. That was all it took for the whole world to seize this new network. Many public figures will adopt it, such as Barack Obama in 2008, using the platform as a media tool during his campaign for the American presidential election.

A platform with its own vocabulary

As any social platform, Twitter has its own language. Knowing these terms allows one a better understanding and an easier use.

Twitter is a popular worldwide platform with 217 million daily users. Among them, 77 million daily active users are from the United States, where it is the most popular. The platform has a good user base in France with 10.2 million users, still far behind giants Facebook, YouTube and Instagram.

The majority of Twitter’s audience (38.5%) is between 25 and 34 years old. Social media such as TikTok and Snapchat have succeeded in acquiring a younger audience. Twitter however has a large and generally more mature audience.

A Study published in 2018 says 67% of B2B companies use Twitter as a marketing and communication tool. B2B accounts see in Twitter an ideal platform to relay general information about their firm following news in their field and get in touch with their clients.

In the realm of social media, an influencer is a person who, through their discourse and actions, has influence on other individuals,  their opinions or how they consume. These persons are popular and benefit from an attentive audience, that is what makes them influential. It is not absolutely necessary to have a large following to be an influencer, many of them can be qualified as micro-influencers, having between 5,000 and 25,000 followers.

How may one measure influence on Twitter? The number of subscribers is an obvious indicator and should be taken into account, but engagement also has to be carefully considered. On Twitter engagement can be quantified with retweets, replies and likes. When a user retweets a message, it is broadcasted to their own followers, increasing its reach. Majority of users on Twitter retweet content they find interesting, entertaining or important. Retweets allow an individual to express agreement with the original tweet’s content by sharing it to their community and by identifying themselves as a source of content in order to earn social influence.

The number of followers therefore is an important metric, as an account with a vast following will benefit from a greater visibility. However, when talking about influence, it is better to take all the factors in consideration. Quality is generally privileged over quantity as a more restrained audience with better engagement offers better results than a larger audience of inactive users.

You can also read our 2022 Guide to Twitter Influencer Marketing to learn how to grow your statistics.

The why and how of influence marketing on Twitter

Influencers on Twitter know the platform’s codes as well as their audience. They are thus excellent partners to introduce one’s company and services to an audience. Beyond celebs from the music and film industries, we can find, just as on every social media, specialists in diverse fields. Esports, cryptocurrencies, web marketing, politics, lifestyle… each of these domains has its own array of influencers, followed by users eager to acquire their knowledge, opinion and advice.

Within the scope of an influence marketing strategy, Twitter is the better choice to provoke instantaneous reactions on users. Content on Twitter is generally short-lived as it doesn’t appear more than once in a feed, quickly replaced by fresh, new content. To avoid being lost in the crowd of tweets, it is better to favor viral content. This is why Twitter is used a lot for contest creation. This kind of strategy helps acquire many retweets and benefit from an increased visibility.

To find influencers fitting their needs, brands can call upon an agency or use influence platforms. These online tools provide many features and options to help businesses find rare gems.

Twitter as a social media is often a subject of debate. With its swift success, its microblogging concept has achieved to conquer many users all across the globe. Despite many disputes, the social media platform cannot be overlooked and is a choice network for both brands and users who want to share their thoughts online. Diverse profiles can be encountered and influence is absolutely there. For better or for worse, Twitter is becoming more and more identified as a discussion and sharing platform. 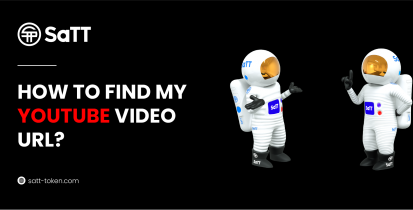 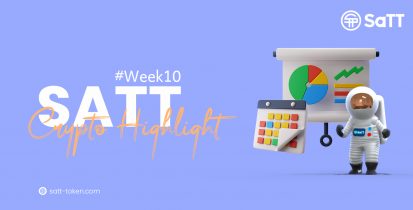