When we talk about blockchain protocol and decentralized applications (DApps), one name often comes up: Ethereum.

Recognized as THE reference blockchain for DApps, it represents more than 60% of the DeFi ecosystem. What makes Ethereum strong is its smart contracts coded in “EVM compatible” language that can be read by the Ethereum Virtual Machine. Realizing that DApps developers would not adapt to new languages, more and more blockchains became EVM compatible, simplifying the deployment of DApps across multiple chains In particular through the use of Bridges, allowing interoperability between blockchains.

Today we will see together 8 promising EVM and you will understand why it will be easy to roll out the SaTT token and Atayen’s solutions!

Dreamed up by Justin Sun, a protege of famous entrepreneur and founder of Alibaba Jack Ma, Tron is a Proof of Stake (PoS) blockchain launched in 2018 as an alternative to Ethereum (an “Ethereum Killer”).

If Ethereum is not known for its scalability with its 15-transaction maximum and its fees, Tron is a blockchain particularly appreciated for its low fees and its speed of around 2000 transactions per second—two things its 92 million users seem to enjoy when they take advantage of Tron’s 8.7 billion Total Value Locked (TVL) DeFi ecosystem.

A large amount of Tron’s success can be explained by a complete DeFi ecosystem with its own Dex, its Lending protocol (JustLend) and its DAO through the TRX, currently 15th on coin market cap, which ensures the decentralization of the blockchain.

Beyond being known for its creator, Tron is known for being one of the first blockchains to support the famous stablecoin USDT, taking a significant share of a market once reserved for Ethereum and more formerly for Bitcoin. Indeed, unlike Ethereum whose fees have never stopped increasing in recent years, the transfer of USDT via the Tron network is generally free on many platforms!

BitTorrent, the blockchain of the most famous peer-to-peer service

If you have in the past obtained movies in a “legal” way, BitTorrent is a name that should already speak to you. Launched in 2002 by the company of the same name, it is the most widely used torrent client in the world. P2p being one of the key technologies of the Blockchain, it was only natural for the company to focus on cryptocurrencies.

In 2018, Justin Sun, whom we just mentioned, bought the company. Shortly after the takeover, BitTorrent’s software is updated and BTT is born on the Blockchain Tron. With BTT, users can pay torrent hosts in exchange for higher download speeds.

Although a token in origin, the company launched its own PoS blockchain mainnet in December 2021 and has more than 5 million users to date. BitTorrent claims to be able to reach 7000 transactions per second, a speed that will be needed to convert the 1 billion users of the main software into blockchain users!

Once on the blockchain, they will be able to benefit from fees of less than $0.01 and transactions validated in less than 3s. Smart contract developers will be able to deploy their contract on the chain with a single click, making it an easy rollout that will multiply the number of DApps on the network in order to ultimately satisfy nearly ⅛ of the world’s population.

Launched in December 2020, it is the blockchain of the famous Chinese exchange Huobi which, despite its problems following the regulation of cryptos in China, remains in the top 10 of the largest exchanges on the planet.

With a current TVL of $188 million, the blockchain is growing and should, according to its roadmap, launch the implementation of Layer 2 this year to reduce transaction costs. The blockchain should also soon support multiple virtual machines allowing developers of any blockchain to rollout their DApps.

Security being the main concern of users, HecoChain will support multi-signature throughout 2023.

Gnosis Chain, the blockchain of the Gnosis ecosystem

If you are familiar with multi-signature, you are probably familiar with the Gnosis Safe solution from Gnosis. This is a solution for setting up a safe that requires the approval of the majority of owners to be able to open it. In the context of a company, this ensures that a team member does not leave overnight with the funds.

Beyond this solution, Gnosis is known for its predictive markets platform, its DEX Gnosis Protocol, Gnosis DAO, and Gnosis Chain! This chain, using the Delegated Proof of stake consensus, was created following the announcement in December 2021 of the merger of Gnosis with the Ethereum sidechain xDai.

The Gnosis Chain offers very low fees and a decentralized stablecoin highly appreciated by the Ethereum community for its solidity: the Dai. To date, nearly 6.4 million wallets have already been created as the blockchain continues to develop.

Launched in mid-2020, it is the official blockchain of the Gate.io exchange. Although being one of the oldest exchanges on the market, launched in 2013, it has experienced spectacular growth in the last year, rising to 13th place in the coin market cap. A growth rewarded by Forbes magazine, which names it best crypto exchange of 2021 due to its security and its opportunities.

Although to date there are only 43,000 wallets on the Pos blockchain of the exchange, this number could significantly increase in the coming months because this is only a fraction of the 10 million users who claim the platform!

Chronoschain, the blockchain of Crypto.com

Under this name, which refers to mythology, hides the Proof of Authority blockchain of the crypto.com exchange, currently 18th in the coin market cap ranking.

Launched alongside the crypto.org chain in November 2021, the blockchain is specially designed for DeFi, GameFi, and the metaverse. As the PoA consensus is open to criticism for its centralization, it makes it easy to absorb the influx of new users. Indeed, since its launch, the blockchain has never stopped gaining new users regardless of market circumstances.

As the blockchain today claims 750,000 wallets and a TVL of 1.6 billion dollars, it is like for Gate.io a drop in the bucket compared to its number of users, estimated at 10 million. The exchange is targeting 100 million users by 2023, a realistic forecast given its visibility in F1 and its partnership for the 2022 FIFA World Cup in Qatar.

Polygon, the most famous Layer-2 of Ethereum

Do we really need to talk about the most famous Indian blockchain? Launched in the summer of 2020, the role of Polygon is to reduce congestion on the Ethereum network while offering fees of a few cents.

Despite its 140 million wallets, Polygon only has a TVL of $2.72 billion. Why is this? Well, because it is a PoS blockchain originally designed by developers for developers. Instead of focusing on marketing and showcasing it in the media, Polygon is focusing on expanding its ecosystem.

With over 12,000 DApps and numerous tools, it is one of the most active blockchains in the industry. A robustness that has earned it the confidence of reputable funds such as Sequoia, which recently injected $500 million into the project.

With many announcements since 2022 and the ambition to no longer be defined as “the Indian blockchain”, Polygon is an EVM to watch closely.

Moonbeam, the EVM of the Polkadot blockchain

Launched in early 2022, Moonbeam is not a Layer-2 of Ethereum like Polygon, but a parachain of Polkadot.

This specificity allows Moonbeam to take advantage of the security of Polkadot and to interact with other parachains to obtain the best possible interoperability. The channel has grown organically since its launch and now has more than 230,000 wallet addresses for a TVL of $78 million. This growth can be explained by the costs of a few cents and support for more than 10,000 transactions per second, making the blockchain extremely fast and scalable.

And what about you? What EVM do you use? We are waiting for your response on our social networks. 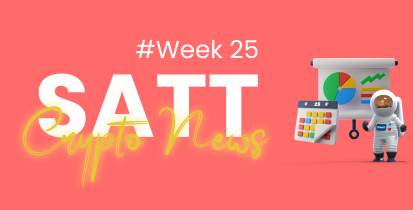