We have covered the initial incident regarding Mt.Gox in a previous crypto highlights fixture. They’re in the spotlight again as Mt. Gox is ready to pay out nearly $9 billion to its creditors in a move that might finally put an end to one of the longest-running sagas in the digital currency sector. The creditors of the bankrupt exchange authorized the trustee’s plan to disperse the BTC obtained from the theft years ago, according to the trustee.

Mt. Gox, founded by blockchain developer Jed McCaleb in 2010 and later owned by Mark Karpeles, was formerly the world’s largest Bitcoin exchange. However, it was hacked in early 2014, and around 850,000 BTC, worth $500 million at the time, were stolen. Since then, investors who have lost their money have been locked in protracted legal battles in an attempt to recoup their losses.

The Japanese exchange’s rehabilitation trustee said on October 20 that a vast majority of creditors had supported a proposal that had been suggested almost a year ago. According to the trustee, Nobuaki Kobayashi, 99 percent of creditors voted in support of the proposal.

The plan was submitted to the Tokyo District Court for approval.

“The confirmation order is expected to become final and binding in approximately one month from today, depending on the situation,” the trustee noted.

Although no formal date for the payout has been announced, BlockTower Capital’s Avi Felman feels it will be significant for the industry. He told Bloomberg, “It’s a day that every market player has to keep an eye on.”

On Thursday, Facebook and its CEO, Mark Zuckerberg, gave a keynote address outlining an ambitious foundation for developing a 3-D virtual world known as the Metaverse.

Non-fungible tokens, or NFTs, are representations of digital goods, artworks, and other items backed by a unique piece of data on a blockchain, and appear to play a part in that goal.

On Thursday, Facebook announced a slew of new initiatives to promote its Metaverse goal, including a $150 million fund to encourage users to participate. According to Axios, Facebook has stated that it intends to invest billions of dollars to bring its 3-D worlds idea to fruition.

Based on the presentation, it’s unclear how NFTs would fit into this strategy, however, Zuckerberg mentioned “digital goods” as part of the user experience.

NFTs might be a part of Novi’s service, which evolved out of Facebook’s crypto and stablecoin activities, according to previous statements from Facebook Financial CEO David Marcus. “It’s too early to talk about our intentions,” Marcus told Bloomberg in late August. “But we’re definitely looking at a number of plans to get involved in the space because we’re in a good position to do so.”

Facebook also announced on Thursday that it will change its name to Meta in order to better match with the objective.

Ubisoft will seek to invest in and create blockchain games

Ubisoft, one of the world’s leading video game companies and creator of popular franchise games like Assassin’s Creed, Far Cry, and For Honor, held its Q2 results call this week, during which blockchain was a hot subject.

Aside from reporting a 15% increase in unique active players in the first half of the year compared to 2020, and the fact that Assassin’s Creed Valhalla has become the company’s second most profitable game in history, Yves Guillemot, the CEO of the French firm, also stated his intentions to invest in and adopt blockchain-centric gaming companies on the platform.

Despite noteworthy achievements in the field, such as the investment of Animoca Brands, the creator of the Ethereum-based metaverse game The Sandbox, Guillemot remarked that the platform is still in its early stages of development.

Bitcoin (BTC) is “set to surge” again, according to trading platform Decentrader, as price behavior on key periods turns positive.

The firm predicted more upside for Bitcoin in its recent market update on Oct. 29, which has remained below previous all-time highs this week.

Despite lateral fluctuations in BTC/USD leaving markets guessing, economists feel the probabilities are still in favor of increases in the short run.

“On a technical, market cycle, and on-chain basis, we continue to believe that the next major area of difficulty for $BTC will not hit until we approach $85,000 – $90,000,” the update forecasts.

This is due in part to a moving average crossover between the 128-day and 200-day trends, which has traditionally resulted in “sustained” gain.

Closer to the present, Bitcoin’s three-day chart, which Decentrader considers to be a particularly accurate price tool, is currently positive, in contrast to the current negative daily and neutral weekly configuration.

This is one of the ingredients in a possible price channel that may see Bitcoin surpass $150,000 by the beginning of 2022. 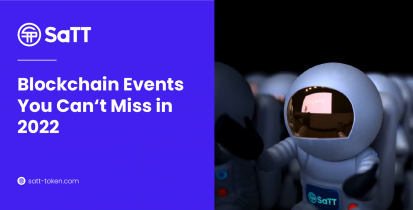 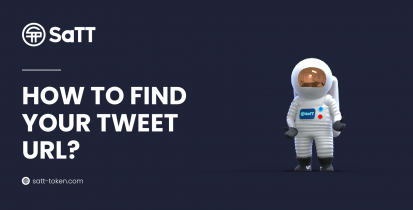 How to find your Tweet URL to participate in the Ad Pools?