MicroStrategy has remained committed to its bitcoin approach during the ups and downs. Every dip now appears to be a purchasing opportunity for the business, which has put its entire weight behind bitcoin. Michael Saylor, the company’s CEO, is a maximalist who believes bitcoin is the way of the future.

Throughout the year, MicroStrategy has increased its bitcoin investment, amassing a total of over 100K bitcoins. Even now, the company is working to improve its digital asset position. CEO Michael Saylor revealed that the company had purchased another 5,050 bitcoins, increasing its total assets to around 114,042 bitcoins.

MicroStrategy has refused to sell any of its cryptocurrency assets. Crashing prices don’t appear to bother the company, as they continue to invest more in the asset with each price drop. This recent acquisition demonstrates their commitment to bitcoin’s long-term growth. Saylor has a personal and institutional interest in the asset and is one of the digital currency’s most outspoken business backers.

According to Bloomberg, a comprehensive federal investigation into the operator of cryptocurrency exchange Binance has been expanded to examine “whether Binance or its staff profited by exploiting its consumers.”

According to the site, US officials, including the Commodity Futures Trading Commission, are probing the exchange operator for “potential insider trading and market manipulation,” according to unidentified sources. Bloomberg has reported on what officials believe is a wide-ranging investigation against Binance, which includes efforts from the Internal Revenue Service, the Department of Justice, and the Commodity Futures Trading Commission.

According to Bloomberg, the CFTC has been contacting “possible witnesses” as part of the new investigation area.

Binance’s compliance and regulatory activities have been bolstered as a result of the announcement. Binance made the decision last month to make KYC mandatory for all of its users. The decision was made as part of a process to “consider modifications and enhancements in light of growing global compliance standards,” according to the exchange operator.

After the United States and Canada, El Salvador now has the third-largest network of crypto ATMs in the world, accounting for 70% of all crypto ATMs in South America.

El Salvador has surpassed the United Kingdom in terms of crypto ATM deployment, according to Coin ATM Radar, with 205 crypto ATMs installed to date to support local Bitcoin transactions and BTC to USD conversions.

When compared to Statista data from August 16, it is clear that El Salvador has deployed 201 ATMs in less than a month. Previously, the country was rated 43rd on the list, with only four working crypto ATMs.

President Nayib Bukele earlier claimed that a network of 200 ATMs and 50 branches would first boost Bitcoin adoption. To enable BTC wallets and ATM usage in the country, the Salvadorean government has teamed with Chivo, an in-house cryptocurrency wallet provider.

With 27,664 operational machines and 2,790 new machines deployed in September, crypto ATM installations are at an all-time high around the world. El Salvador’s attempt to deploy more ATMs coincides with a new presidential directive requiring all companies to accept Bitcoin as payment. The merchants, on the other hand, have the option of converting Bitcoin payments to US dollars before withdrawing their profits.

While other authorities are still debating whether Bitcoin can be used as a mainstream asset, an average of 63.7 ATMs are being deployed every day around the world. With a market share of 40.7 percent, Genesis Coin is the most popular crypto ATM maker, followed by General Bytes and BitAccess with 22.7 percent and 12.7 percent, respectively.

The disparity of Bitcoin’s (BTC) use cases is one of the top features of this week’s crypto highlights. The reasons for its volatility, and the significant price swings that occur on a regular basis have been the focus of the discussion. Some analysts refer to it as “digital gold,” a genuinely rare and ideal store of value (SoV). Others see Bitcoin as a technical project or a piece of software with its own network.

Cryptocurrencies have an edge over traditional markets like commercial real estate, stocks, and bonds. If clients default on their payments, lenders will foreclose on these assets, adding to the pressure because the bank or institution has no interest in keeping them. Bitcoin and cryptocurrencies, on the other hand, cannot be used as collateral in general.

Bitcoin futures liquidations worth billions of dollars on derivatives markets are merely synthetic products. These occurrences will undoubtedly have an impact on the price, but the effective BTC will remain at the derivatives market at the end of the day. It only transfers money from the long (buying) to the short (seller) accounts.

Bitcoin’s mid-term systemic risk is lower than the traditional market until it is firmly entrenched in financial systems and accepted as collateral and deposits.

ATAYEN created the SaTT project to apply its digital marketing expertise to the fast-growing cryptocurrency market. ATAYEN will convert its current clients, train them on how to utilize this cutting-edge tool, and recruit new customers. With over 4,000,000 clients, the ATAYEN projects Iframe Apps, Automatic Newsletter, and Facebook Store have already conquered the online marketing sector. 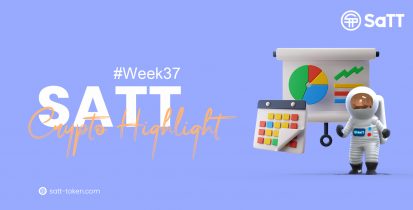 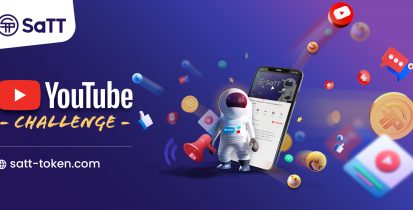