Grayscale is launching an institutional-grade DeFi fund and index 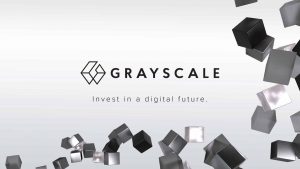 Grayscale Investments, a digital asset manager, is creating a DeFi Fund and index, according to CEO Michael Sonnenshein. He stated on Squawk Box that the business has received interest for DeFi assets from a wide range of present and potential investors. As a result, the company has created both an institutional-grade index and a fund.

According to him, the fund would allow investors to invest in DeFi protocols through a single investment instrument. It will provide them with a comprehensive range of DeFi assets, such as Uniswap (UNI) and Aave (AAVE).

This will become Grayscale’s 15th investment entity, according to Sonneshein. The company presently has a number of trusts for bitcoin, ether, and other cryptocurrencies, as well as a digital big-cap fund that invests in a number of popular cryptocurrencies. Following its bitcoin and ether trusts, the business just revealed that this crypto fund has become an SEC-reporting corporation.

Grayscale is also attempting to convert its primary bitcoin trust (GBTC) into a bitcoin ETF, presumably to address the trust’s ongoing negative premium. It is currently collaborating with BNY Mellon to attain this goal. On the broadcast, Sonneshein stated that approving a bitcoin ETF is “really a matter of when not if” in his opinion. 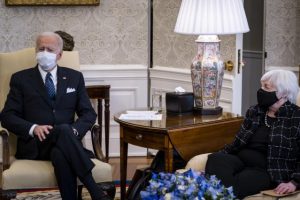 President’s Working Group on Financial Markets will meet on July 19 to examine stablecoins, according to the US Treasury Department.

The working group, which includes the chiefs of key financial regulatory agencies, is being convened by Treasury Secretary Janet Yellen to investigate stablecoin regulation and hazards, as well as provide recommendations for future work on the topic. The President’s Working Group is an interagency group entrusted with keeping an eye on the financial markets in the United States.

“Given the fast expansion of digital assets, it is critical that the agencies work together to regulate this sector and create any proposals for new authorities,” she added.

In the near future, the committee plans to release formal suggestions. In December, the President’s Working Group released a study on stablecoin legislation that looked at retail payments and solicited public comment on how these forms of payments are utilized. 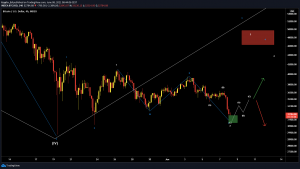 It’s doom and gloom for Bitcoin a day after the feared Grayscale unlocking event, with altcoins performing even worse.

BTC/USD struck a local low of $30,630 on Bitstamp on Monday, according to data from Cointelegraph Markets Pro and TradingView. The price movement, which came a day after Bitcoin’s lowest weekly finish since December 2020, highlighted the vulnerability of a market with low volume and network fundamentals that are still recovering.

After Bitcoin failed to hold on to support levels further up, traders expected a downward slide, with the integrity of $30,000 itself being called into doubt. “Finally, volatility for Bitcoin,” concluded in-house trader and analyst Michal van de Poppe.

BTC/USD was hovering at $30,700 at the time of writing, with a daily loss of roughly 3%. A look at buy and sell orders on major exchange Binance revealed that there is still a lot of demand at $27,000 and above, lowering the chances of a further drop.

It was all about capturing the next price bottom among market players.

Van de Poppe had previously stated that the eventual BTC price floor might not occur as a result of a sharp drop or have well-defined features.

Despite this, there hasn’t been a daily close below $31,000 since January.

This week’s crypto highlights also features Aave Founder’s bold statement over the weekend. After Jack Dorsey announced that he was creating a new Bitcoin (BTC)-centric financial services network with a striking resemblance to Aave, Aave creator Stani Kulechov told his 90,000 Twitter followers on Saturday that his protocol should create “Twitter on Ethereum.”

Dorsey tweeted Thursday that Square Inc., his mobile payment company, was creating a new business “focused on building an open developer platform with the sole goal of making it easy to create non-custodial, permissionless, and decentralized financial services.”

Bitcoin will be the main emphasis, according to the tweet, which had over 34,000 likes at the time of publishing.

Kulechov suggested in his response that Dorsey’s business concept is comparable to Aave, an open-source, non-custodial DeFi protocol that allows users to borrow assets while earning interest on deposits. While it’s unclear whether Kulechov’s Twitter-on-Ethereum idea is real, he did say that Aave co-founder Jordan Lazaro Gustave would be in charge.

Aave has become one of the most widely used DeFi protocols, with demand for its services increasing even among conventional investors. Aave aims to introduce a permissioned version of its platform for institutional investors this month, according to Cointelegraph. 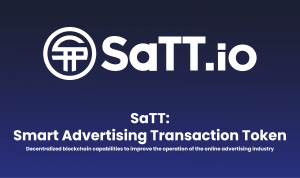 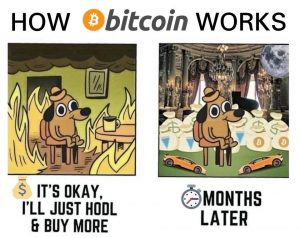