ICOs are the digital equivalent to the traditional IPO. They are the ways in which a cryptocurrency startup project raise funds needed to help the project transit from the phase of being just an idea to a finished and consumable or usable product. After the success of Bitcoin, so many cryptocurrency projects started to spring out and the majority of them carried out the ICO.

The problem however with ICOs is that, so many scammers began to take advantage of the euphoria created by the success of bitcoin to create ICO scams that were sold to unsuspecting investors who lose their hard-earned money in the end. The high rate of ICO scams deterred a lot of investors from investing in ICOs but these scams could have easily been avoided if the investors have looked out for the following things that will be shared in this article.

For an investor to avoid losing their money to scammers and ICO scams, the following should be done extensively:

Get To Know The Team Behind The ICO

Scammers are aware that the presence of an experienced developer and administrative team behind a project is one of the key factors for an ICO or cryptocurrency success. It is easier for a project with established crypto powerhouse names listed on their development team to be successful. Hence, scammers can easily invent fake founders and biographies to help their projects look legit.

For an investor to protect themselves from this, it is advised that they carry out extensive research on each and every member of the project. The red flags to look out for is if the team members don’t have any kind of social media presence; LinkedIn, Facebook, Twitter etc. If perhaps they do have a social media page, more research should be done to ensure that their page activity matches up with the number of followers and like that they have. Accounts with minimal engagement with followers and not enough fans might not be real. 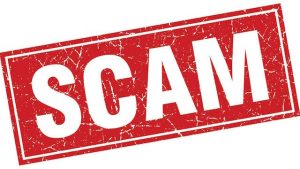 Thoroughly Go Through Their Whitepaper

It really is very easy for scammers to conjure up some words just to have a whitepaper for their project, but it is in the best interest of the investor that they thoroughly go through the whitepaper of an ICO before deciding to invest. In most cases than none, scammers get it wrong with the whitepaper, as it is mostly badly written, blatantly plagiarized or in worst cases, they don’t have any whitepaper at all.

It should already be very obvious that ICOs that stand a chance of being real and successful are the ICOs with a fundamental structure that will outlast their competitors. The best chance for an ICO to be successful (and real, in essence) is to have an achievable and feasible set of aims. There should be a compelling concept that isn’t just not just for a short period of time but one that can be carried over into execution in short and long terms.

Feasibility also works with transparency as a company with a feasible project will try as much as possible to be transparent and carry their investors along so as to build confidence in the project. An investor is supposed to look out for projects that keep them up to date with regular, detailed progress reports on their websites or social media platforms.

No Roadmap or an Unrealistic Roadmap

It is useful for an investor to look out for the timeline of what has taken place in the development process of the company as it is a normal tradition for ICOs to release a detailed list of what they have achieved and what they plan to achieve in the development of their project, in the form of a roadmap.

A project that doesn’t provide any roadmap is obviously in the game to exit and profit from their investors. The roadmap of the ICO should be realistic and not only sell stories. Furthermore, an ICO without a working platform prototype should be avoided as in most cases than none, they have proven to be an exit scam. 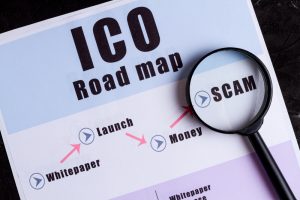 Most importantly, what an investor needs to avoid an ICO scam is common sense. Common sense should tell you as an investor when something about the project is not right and if an ICO is too good to be true, then it probably is.